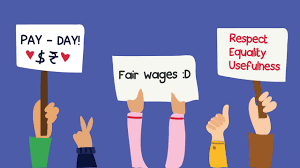 Lagos street sweepers under the Highway Managers Limited has concluded arrangements to celebrate their efforts and contributions towards making Lagos state cleaner to continue to attract investors towards its continuous development.

Towards this end, they will celebrate themselves at an end-of-the-year thanksgiving event on Thursday, January 19, with the mission to encourage their members to uphold their duties and know that there is dignity in labour.

According to Cardinal James Odunmbaku, the Managing Director/Chief Executive of Highway Managers, the event will serve as an avenue to reward and celebrate committed sweepers who understand that what they do contributes to the beautification of Lagos state.

Odunmbaku enjoins the sweepers to know that they are a part of the Lagos State success story and should see themselves as worthy stakeholders in a good cause.

Rotimi Sotomi, the Operations Manager said the workers had a good 2022 as despite the various environmental challenges – some caused by people who still don’t see their environment as a reflection of themselves – they were able to perform their duties as when due.

Sotomi encourages the street sweepers to always uphold their work ethos and remember that a clean environment is a healthy and safe one for everyone in the state.

Highway Managers Limited is a Private Sector driven Waste Management Systems Company that was established in 1999, to take care of street sweeping and highway sanitation in all the local government areas of Lagos State.